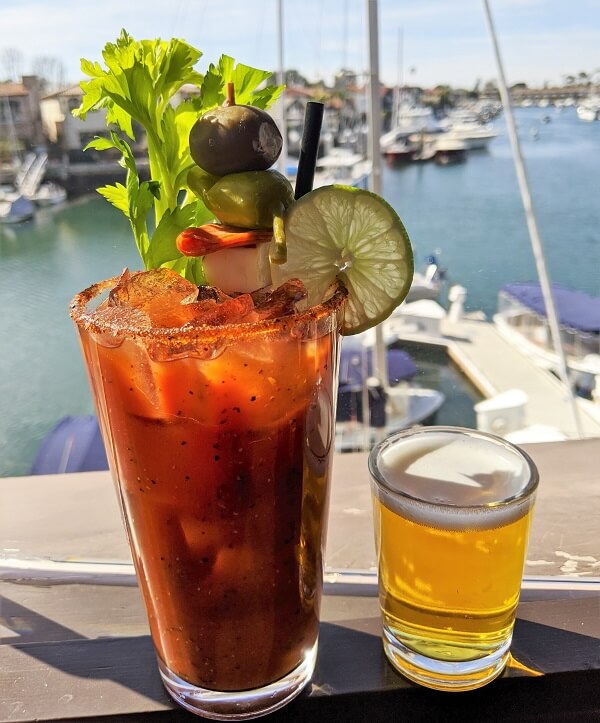 The question is often asked when first-time Tavern House guests order our Tavern Bloody Mary, “what’s with the beer chaser?” Well, when I was doing my research on the unique regional traditions around the country I stumbled across the fact that in the state of Wisconsin Bloody Marys’ are served with a beer chaser. I loved the idea of this and thought it would be a perfect fit for us but was curious to find out when and how the tradition began.

In the US the Bloody Mary has always been considered a popular ‘Hair of the Dog’ drink reputed to have therapeutic cures for hangovers.

According to some, it was in the 1920”s that an American bartender at Harry’s New York Bar in Paris combined equal parts vodka and tomato juice. God knows why he did this, but a bar patron said it reminded him of the Bucket of Blood Club in Chicago and a girl he knew there named Mary. Evidently, this bartender then move to the St. Regis Hotel in Manhattan, where New Yorkers weren’t impressed. They found it bland and asked him to spice it up a bit, so he added black pepper, Worcestershire sauce, lemon and Tabasco, and so an American classic was born.

It seems that during the 1950’s the Bloody Mary started to become increasingly popular as a restorative drink.

At that time, with Milwaukee being the beer capital of the country, one theory is that with 30 breweries in the area there were still those who ordered a Bloody Mary for brunch but would say “I could still go for a beer.” Another theory is that the ‘original’ Bloody Mary was made with just tomato juice and beer then it evolved into a cocktail with the beer just given on the side for good measure and to break down the spiciness. Then there’s the tradition of having a shot of whiskey with a beer chaser which is called a ‘boilermaker’, although this adds little to the conversation because no one knows how that started or why it’s called a ‘boilermaker’ unless it describes the effect it has on one’s stomach.

In any event, I was curious as to just what effect having the beer chaser would have on the enjoyment of a Mary and not being sure what, if any, the intended protocol was for drinking the two together I started by having a sip or two of the Mary and then a sip of the beer. What I discovered was that the beer ended up being a bit of a palate cleanser preparing me for the salty/spiciness of my next sip of the Mary, not unlike a sorbet course in the midst of a multi-course menu degustation or tasting menu. 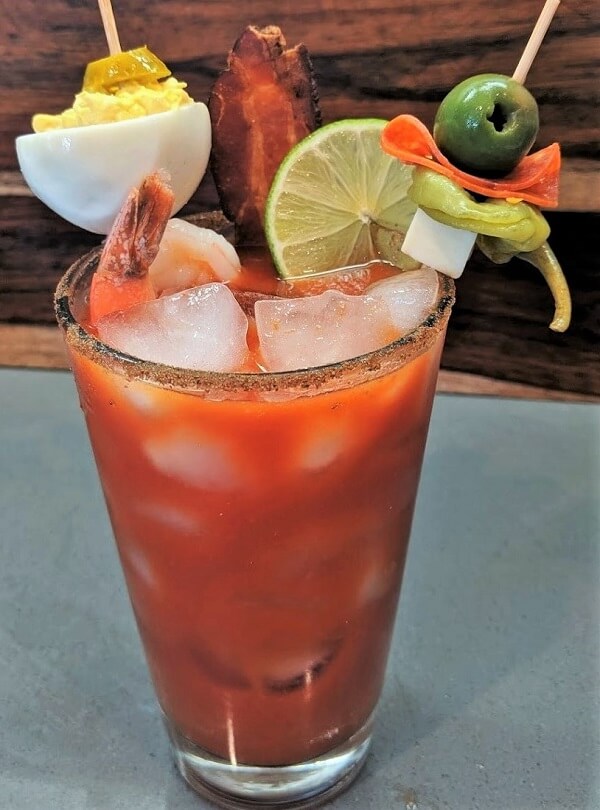 So whatever the origin or purpose I thought, number one: it was a cool, unique presentation and, two: it actually enhanced my enjoyment of the Mary.

Whatever the case, one thing is for certain… Bloody Marys have recently become increasingly popular as a drink used for piling as many garnishes as possible on top of the cocktail as possible to include such items as fried chicken, sliders, hot dogs, ribs, meatballs… you name it… and we couldn’t not join in the fun.