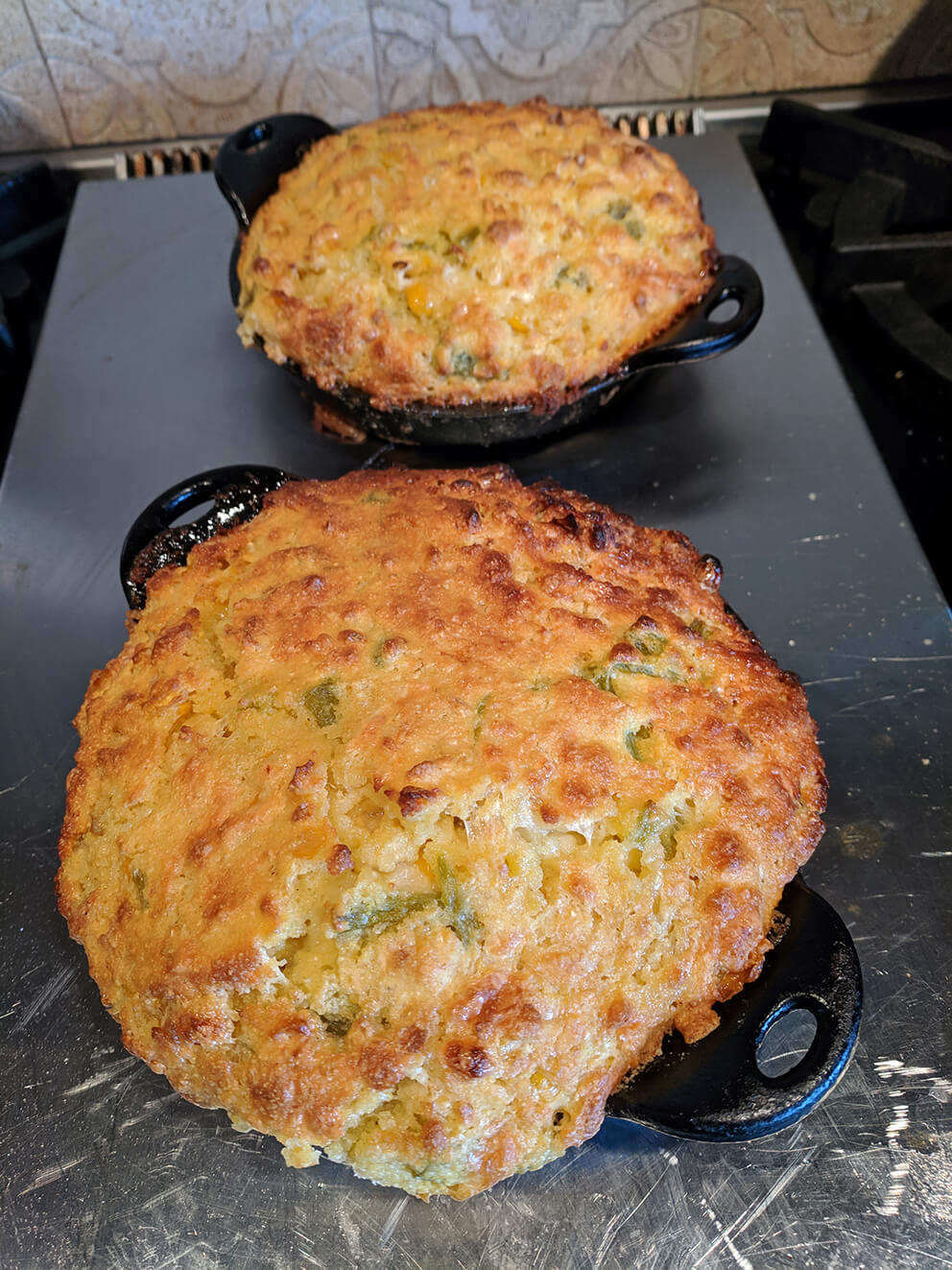 Cornbread is one of America’s iconic foods but often it resembles a dry, boring version like those made from a box. My version is anything but boring and it’s one that I literally worked on for years until I felt it was as good as it could be. I wanted multiple complimentary flavors to enhance the nuttiness of the cornmeal, so I add roasted green chiles and cheddar cheese, and to make it moister I added creamed corn. Mixing sugar and butter to form crumbles then folded into the batter creates a crusty top that rises when it bakes.

I make these in 6” cast iron skillets but you can use a large standard size as well you will just need to increase the cook time. This recipe takes a little extra work and time, but I can assure you that you and your family will appreciate it.

Leftovers can be heated briefly in the oven or nuked in the microwave.

Also, when cut into 1” cubes and roasted on a sheet pan in the oven these become amazing crispy & slightly chewy croutons for salads… Especially when served warm right out of the oven. 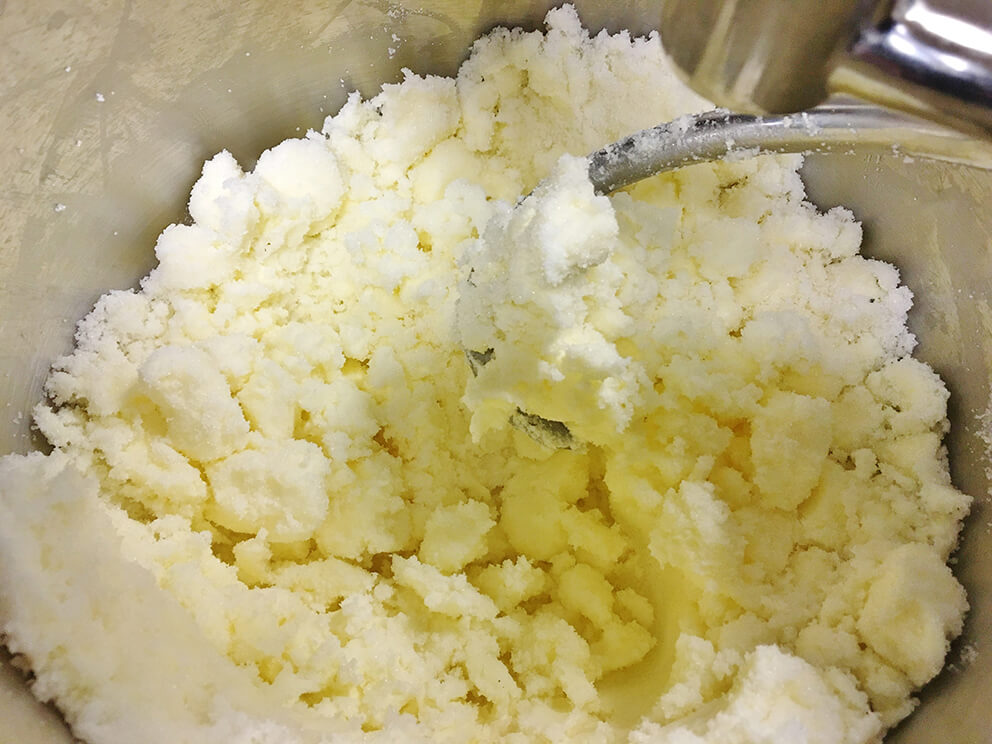 Place skillets on sheet pan and place in 400 degree oven for 20 minutes. In large bowl combine cornmeal, flour and baking powder with a whip until completely mixed. In a separate bowl combine the eggs corn chiles and cheddar until just mixed and set aside. 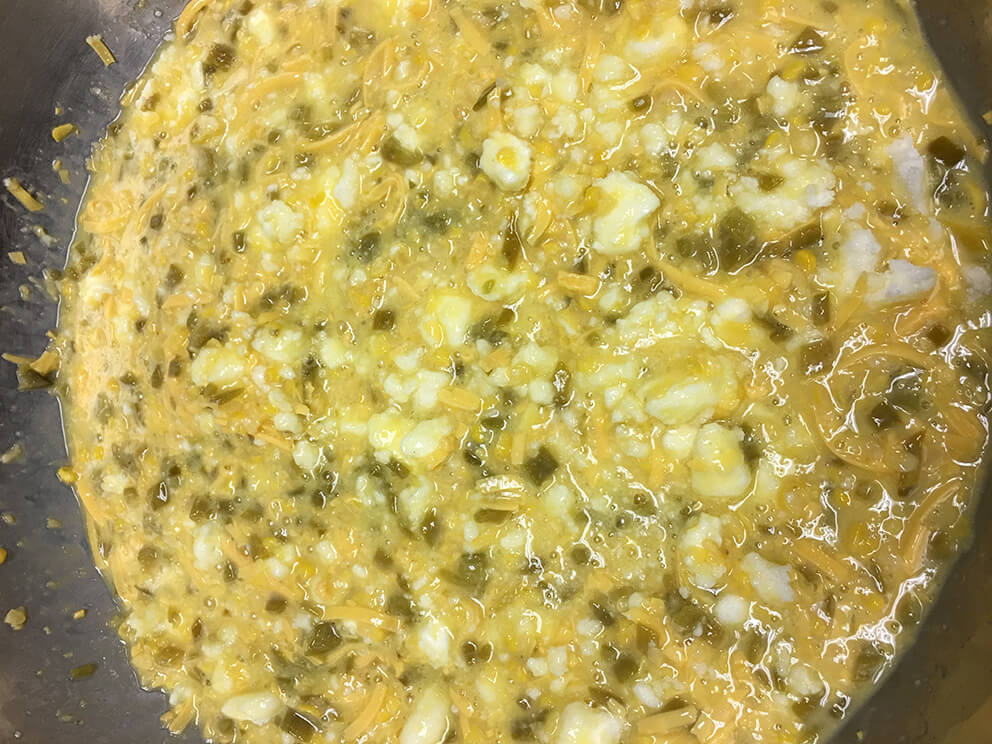 In a tabletop mixer, using a dough hook add the sugar and butter and mix on low speed for 20-30 seconds, scraping the bowl twice, until the both are combined. Add egg mixture into the cream/sugar mix and, using a large wire whip, press straight down breaking the buttter/sugar mixture into small pieces as shown in the photo. Next, pour this mixture into flour/cornmeal mix and fold using a wooden spoon until just incorporated. It’s OK if there are small wisps of flour/corn mix that are visible… You want to make sure it is just barely mixed and not overworked.

Remove the skillets from the oven and spray with non-stick spray. Scrape batter into 2 skillets (if the skillets are hot enough the batter should bubble and sizzle slightly) Place in oven, reduce heat to 350, and bake until top is golden brown and a toothpick in the center comes out clean, approximately 40 minutes. Allow to rest 10-15 minutes before serving.