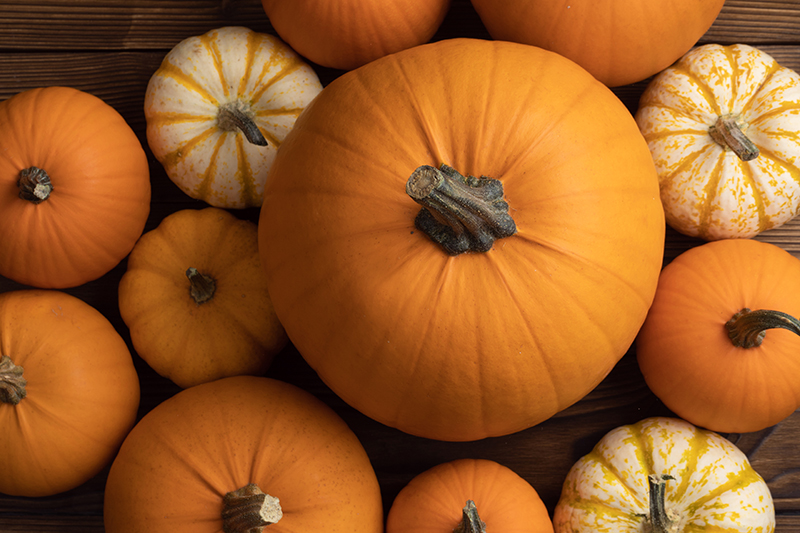 White and Orange Pumpkins shot from above

Dinner rolls are truly an American icon. Growing up in the Midwest, every holiday meal included warm, yeasty dinner rolls served with plenty of butter. Given the southern California aversion to carbs, I think it’s sad that more people don’t have the opportunity to appreciate and enjoy homemade dinner rolls.

I have childhood memories of my parents occasionally treating us to Sunday lunch after church at Bill Knapp’s. Knapp’s was a Michigan based chain restaurant whose slogan was ‘Good Things to Eat’ with everything made from scratch, including their wonderful biscuits and dinner rolls.

As a family of 8, we rarely dined out but when we did, it was Bill Knapp’s and it was truly a treat for us.

Probably the most famous and well known version of American dinner rolls is the Parker House roll, which is made by flattening the center of a ball of dough with a rolling pin so that it becomes an oval shape and then folding the oval in half and baked in muffin tins. They are made with milk and are quite buttery, soft, and slightly sweet with a crispy exterior. It is well documented that they were invented at the Parker House Hotel in Boston, during the 1870’s.

During its heyday, the Chart House chain in California was well known for its squaw bread, which was the closest thing I had ever seen to a dinner roll served in a California chain restaurant and it was damn good. It came to the table in a linen wrapped basket and it was hot, moist and sweetened with honey that, when spread with the soft butter, all but melted in your mouth.

I’m not much of a baker. I don’t have a lot of patience for the required following of recipes but, in addition to a handful of really good ‘go to’ desserts that I make, I have one savory baked item that I always make for holiday meals…my Pumpkin, Thyme and Caramelized Onion dinner rolls.

Yeast and I have never had a great relationship. She’s a temperamental mistress and, if not warmed to the proper degree, refuses to share her magical warmth. However, armed with an accurate instant read thermometer, you can make these amazing rolls that are worth the extra effort. When proofing, they release a ‘Siren’s Song’ aroma that even Odysseus could not have resisted.

They can, and probably should, be made earlier in the day, held covered at room temp, and then heated slightly in the oven prior to serving. Note that they are very moist so when I reheat them I pull them apart first so they get a crispy crust on all sides. Give them a try…I think you’ll thank me later. 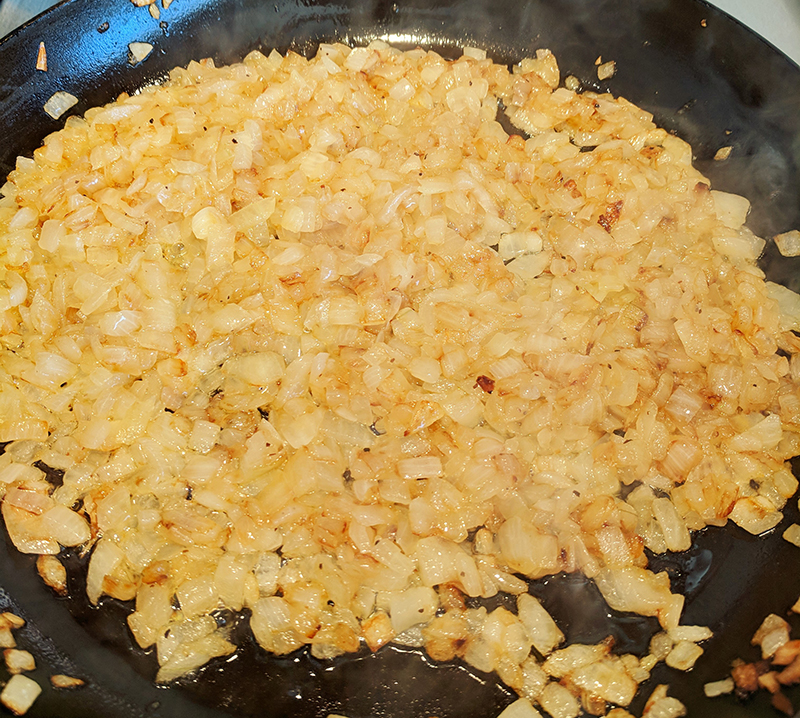 Heat clarified butter in large saute pan. Add onions, 1 teaspoon sugar and ½ teaspoon salt and sauté, stirring frequently, until light golden brown. Place 2 cups warm water (105-115 degrees) in large bowl. Sprinkle with the yeast and let stand in warm location until starts to foam (5 minutes). Whisk in the eggs, 4 tablespoons of the butter, pumpkin filling, thyme, and the remaining ¼ cup of the sugar and 1 teaspoon salt. Add the flour, ¾ of the onions and mix un til a stick dough forms. Brush top of dough with remaining butter or oil, cover with plastic wrap, and let rise in a warm place until doubled in bulk. 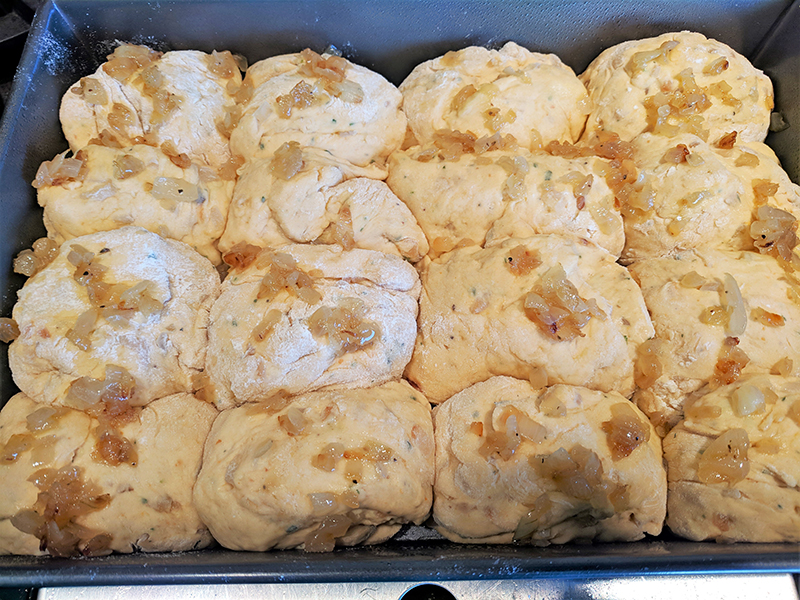 Butter a 9 x 13-inch baking pan, Punch down the dough and form into 16 balls, then place into baking pan. Sprinkle with the remaining onions, cover loosely with plastic wrap, and let rise again in a warm place until doubled in bulk.

Preheat oven to 400 degrees. Remove plastic wrap, brush the dough lightly with the remaining butter and bake until rolls are lightly browned, approximately 20 minutes. Removed and allow to cool at room temperature. If not using immediately, wrap tightly with plastic, hold at room temp, and heat in 350 oven for 10 minutes before serving. 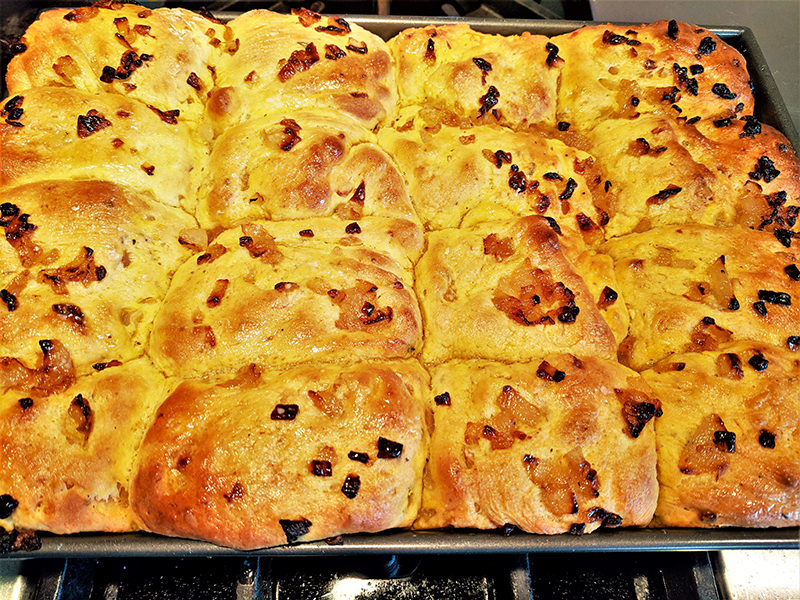