Someone asked me the other day what some of my favorite foods were and the first thing that came to mine was a dish that always promises to draw comments: Foie Gras. 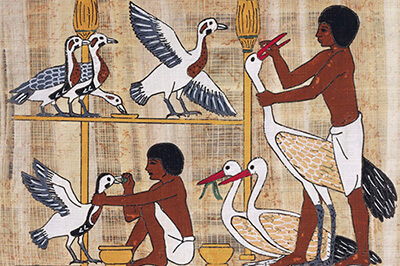 French chef Jean-Joseph Clause is credited for creating and popularizing pâté de foie gras in 1779 in Strasbourg, however, its origins date back far before French cooking made it a delicacy. The ancient Egyptians hunted and then domesticated geese, and discovered that waterfowl developed large, fatty livers after eating large amounts in preparation for migration. To replicate this naturally occurring large liver, the Egyptians, over 4000 years ago, developed the technique now known as gavage to produce a fattier bird. Paintings found on the tombs of aristocratic Egyptians depict the hand-feeding of geese, which served as an important source of nutrition around the Nile region. 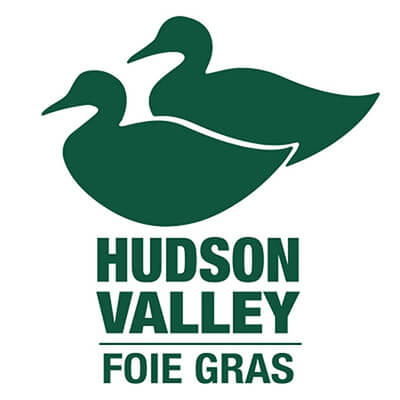 Fast forward to today where Foie Gras is now produced by 3 farmers in the US. In 2012 the sale of it became illegal in California but this ban was overturned in January of 2015 by a Federal Court only to be reinstated again. Yeah... I know how controversial foie gras is still, but I’ve always sided with the opinion that the ducks are not harmed in creating this. As mentioned earlier, it’s just a recreation of what naturally occurs when they overeat prior to migrating. Thanks to the good people at Hudson Valley Foie Gras you can order on line and have it delivered in a couple days: https://www.hudsonvalleyfoiegras.com.

To make things even easier to prepare at home, a few years ago producers began selling small IQF (individually quick frozen) portions of liver which is what I always keep in my home freezer. They’re great because you can defrost it at room temp and in less than an hour serve it to your foodie friends who just happen to drop by! I’ve served it for lots of dinner parties at home and for special dinners at my restaurants over the years. Because foie is so rich it needs an acid of some kind to balance the richness and typically there is a sweet component add as well. This is meant to balance the rich, fattiness of the liver. I’d like to share one of my personal favs and one which has been most popular with my circle of friends.

This recipe is so simple you don’t need specifics, rather, I’ll just walk you through it. Plus, cooking is a very personal process and pleasure, so I always encourage people to be brave and just roll with what makes sense to you.

I like serving this dish with prosciutto crisps because it’s a little more elegant but have used crispy bacon, both chopped or in strips as well... Your call. If using prosciutto you want to carefully place the 4 strips side by side on a sheet pan and then bake in a 350 degree oven for about 15-20 minutes or until they become crispy. Allow to cool for 5 minutes and then remove strips from sheet pan and reserve. These can be made a day ahead but should be kept in an air tight plastic container.

Next step is to make your French toast. You can use a baguette, brioche, ciabatta or sourdough...your choice. I’m sure you have your own version of a French toast batter but, if not, combine equal parts milk and beaten eggs along with a pinch of cinnamon and a splash of pure vanilla extract. Cut the bread into 4 squares, triangles or punch them out with a ring mold around 3” in size. Press the bread into the egg-milk mixture for about 10 seconds or until the bread absorbs the liquid throughout. Place some clarified or whole butter in pan, heat and cook your French toast pieces until brown and crispy on both sides. This can be done ahead of time and just allowed to sit at room temp... You can actually serve the foie on them at room temp or if you prefer you can blast them in a hot oven or nuke them briefly just before you sear your foie.

Once your toast is done you want to prep your slices of foie. I would recommend defrosting them overnight in the fridge but you can do this at room temp in an hour if you’re rushed. Remove from the plastic packaging from 4 of them and with a small, sharp paring knife score the top of each piece in a cross-hatch fashion cutting VERY slightly into the foie. The scored side is what’s called the ‘show side’ and is the side you will sear first. Sprinkle both sides of the foie with a generous amount kosher salt and freshly ground black pepper. Place back in fridge unless you’re ready to cook them immediately.

OK... so all of these steps can and should be done ahead so when you’re ready to sear your foie everything else is complete. When you start to sear you can’t be distracted by doing anything else or you’ll end up with a pan full of melted duck fat and, as delicious as it is, it will look a little silly poured on top of your French toast.

Showtime! Heat up your French toast and place individually on each plate you are going to serve it on. Have your maple syrup and prosciutto crisps on hand and ready. Heat a large sauté pan until very hot, then quickly place all the pieces of foie into the pan (remember cut side down). Make sure your hood fan is on high because “there will be smoke!” Sear the foie for approximately 20-25 seconds on the first side or until it’s lightly browned (see pic) then using tongs quickly flip them over and cook for another 10-15 seconds. Pull pan off heat and quickly place slices on top of your French toast. Return pan to low heat and add 1 tablespoon of minced shallots and 1 tablespoon of balsamic vinegar and cook stirring for 15 seconds then and 1/2 cup maple syrup and swirl.

Nap top off each foie gras with the sauce, garnish with chopped chives and lean one of the prosciutto crisps against each one. Garnish with fresh raspberries and more maple syrup if you like.