Close up of split pea and ham soup

Hello and good morning out there to you all. Hope you are all well and having a chance to try some of the recipes that I have shared with you. Know that it gives me as much pleasure to share these recipes with you as, hopefully, it gives to you when you prepare them.

I’m going to stay on the soup theme today and talk about one of America’s iconic soups: Split Pea. Some version of this soup has been eaten since antiquity. The Greeks and Romans were cultivating this legume around 400 to 500 BC and during this period even vendors in the streets of Athens were selling hot pea soup. Additionally, most countries have been serving their own particular version of this soup for centuries. But in the US, and in particularly in California, we took the promotion of this soup to a whole new level. I mean, what other soup has a restaurant named after it? Yup, Pea Soup Anderson’s!
Founded in the central coastal town of Buellton, California in 1924 by Anton Andersen, a Denmark transplant and his wife, this restaurant primarily was opened to serve travelers driving up and down the coast. In 1928 the Andersen’s added a hotel and dining room to what originally was a small cafe. Eventually, a second location was opened in 1976 in Santa Nella in Merced County.

Throughout all the years the restaurant has been in business, the menu offered an option of all-you-can-eat peat soup called the ‘Traveler’s Special’ selling over 2,000 gallons of pea soup in a single day!

There is good reason behind the longstanding popularity of this soup. It was incredibly satisfying and so very easy and quick to make. I had plenty of leftovers from the Honey Baked Ham I ordered for Easter so used the meaty bone from that as the base of the soup. 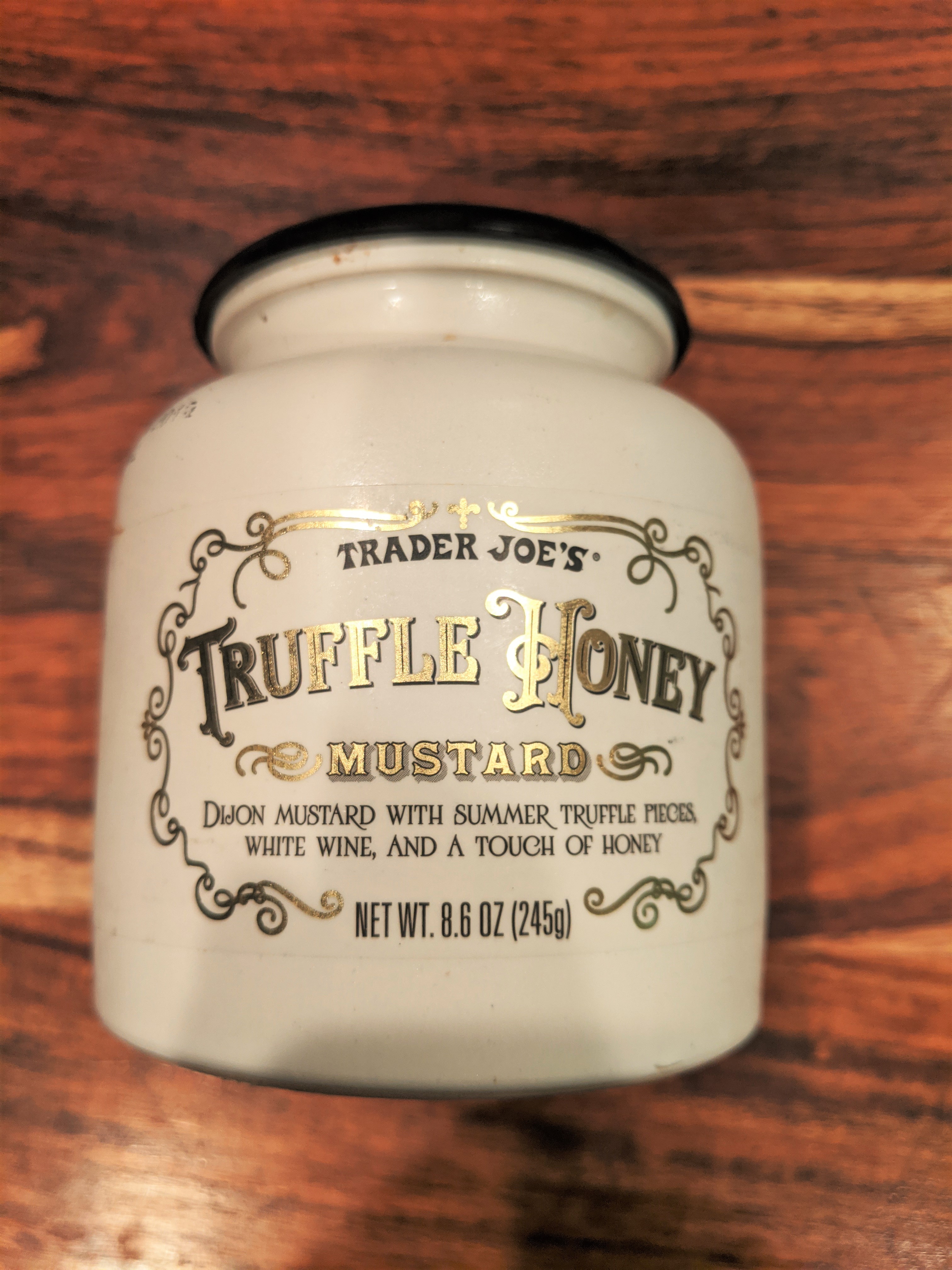 I like to start with butter lettuce drizzled with Roquefort vinaigrette and then enjoy the soup drizzled with a little EVO, a full-bodied red wine and hot crusty bread... my idea of a great night in front of the fire with my love!

STEP 1
Using a large, thick bottomed stock pot or enameled cast iron pot, place olive oil in and heat over medium heat. When oil starts to simmer, add onion, carrot and celery and cook, stirring frequently, for 6-7 minutes, not allowing them to brown.
STEP 2
Add garlic and cook for one-minute stirring. Next add the split peas, ham hock or bone, thyme leaves, and chicken stock and bring to a boil.
STEP 3
Reduce heat and simmer for about an hour or until peas start to soften and thicken the soup. Make sure you stir the soup every 10-15 minutes, so nothing sticks to the bottom of the pot. Remove ham bone and discard. Add diced ham and cook for 10 minutes. 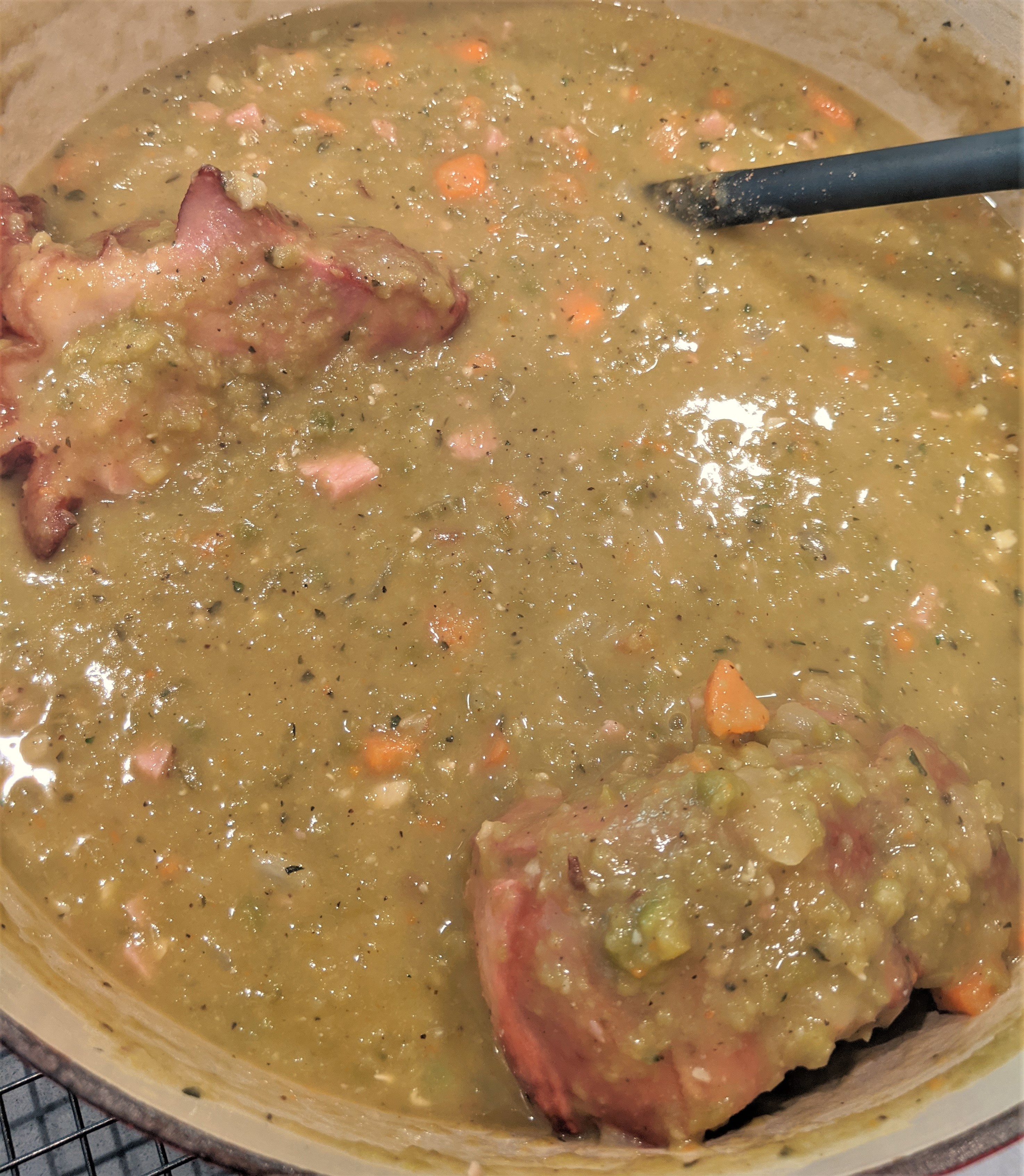 STEP 4
Adjust seasonings to your taste, and add additional chicken stock if soup has become too thick. I like to serve it with a drizzle of great olive oil and maybe a dusting of Parmesan and some croutons!